12-11-12: LIZ'S "DOTTED LINE" SHORTLISTED IN OSCAR RACE
From The Hollywood Reporter, Liz's "Dotted Line", from People Like Us, is one of seventy-five songs from eligible feature-length motion pictures that are in contention for nominations in the Original Song category for the 85th Academy Awards, the Academy of Motion Picture Arts and Sciences announced Tuesday.

Other artists on the shortlist include Katy Perry ("Wide Awake" from Katy Perry: Part Of Me); Fiona Apple ("Dull Tool" from This Is 40); and Adele ("Skyfall" from Skyfall).

[Thanks to Rebecca Ford / The Hollywood Reporter for the report and Liz Phair for passing along the details.]

On the set of 'The Client List' w/ @TheReal_Jlh. She is so lovely. We'll be scoring this season! #3headedmonster 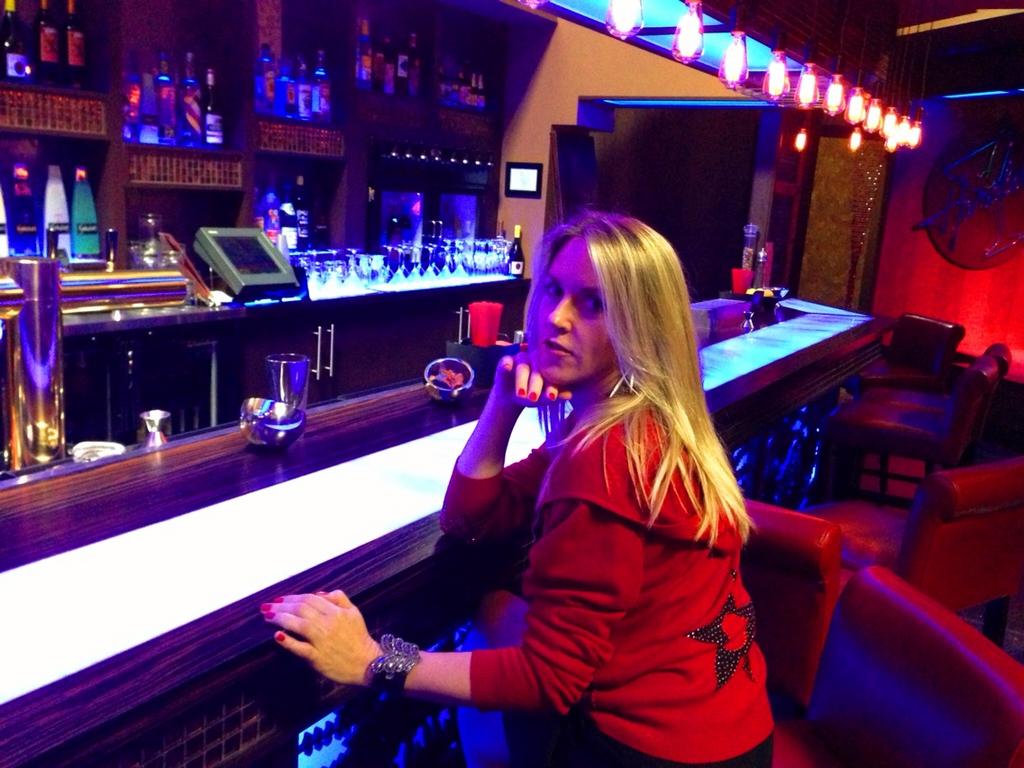 [Thanks to Liz Phair for the details.]

Specifically, Liz played electric guitar on the track "Has It Happened Yet".

You can purchase the EP at one of Rachael's shows or Rachael's online store.

[Thanks to Rachael Yamagata and Liz Phair for the details.] 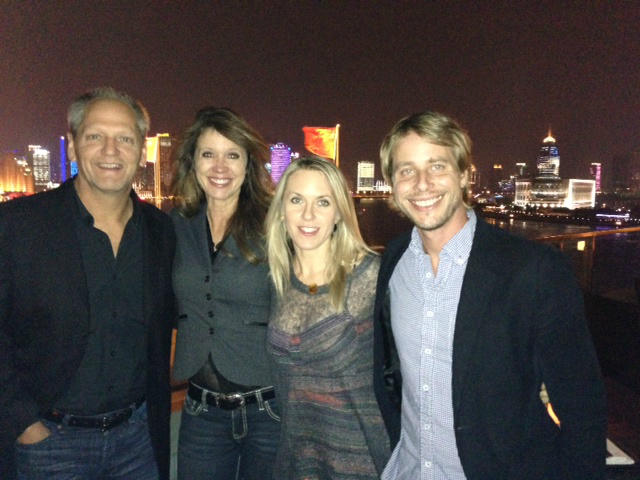 [Thanks to Caroline Beteta for the picture.]

She is headed to Shanghai to promote the Dreamland documentary. More details to come...

[Thanks to Liz Phair for the details.] 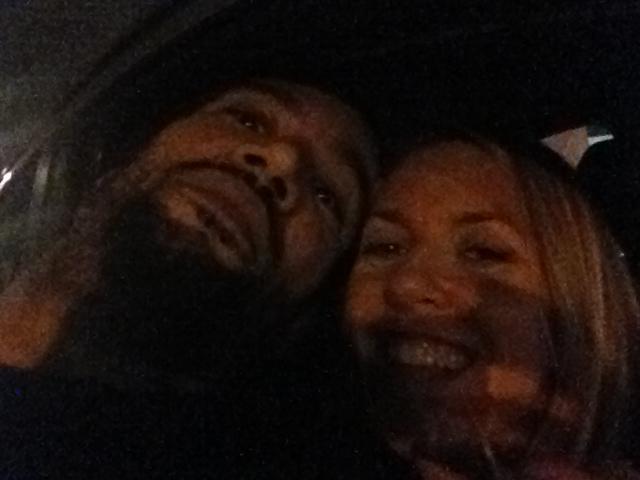 Liz: Ben Harper and me after rad jam sesh!! 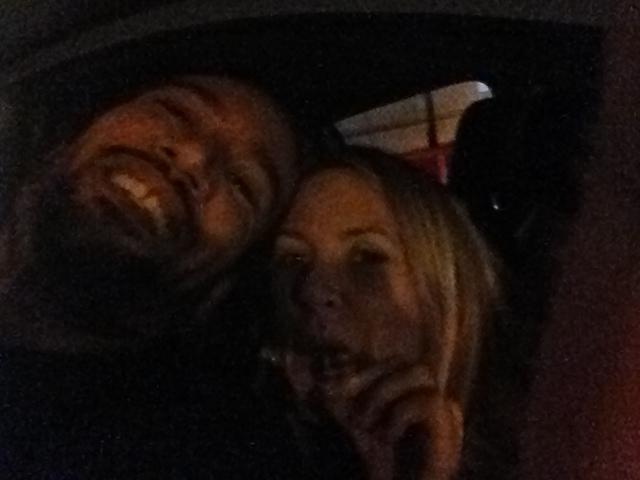 Ken: Working on your new album or making cameos on others?
Liz: Cameos . Pure spontaneity

[Thanks to Liz Phair for the info.]

Liz Phair raps on "Bollywood" (2010)
Perhaps invigorated by the spontaneous MC presence of M.I.A., who had just released Maya, rocker Liz Phair unexpectedly dropped the Internet album Funstyle, her first work since 2005 (even taking time to emulate — or mock? — M.I.A.'s album artwork). Over a tabla-sampling beat, Phair confusingly tries her hand at rapping for the first time in 17 years, at least on record, after a reportedly tumultuous break from her management and other powers that be. "This is my journey," she wrote. "I'll keep sending you postcards." After revisiting "Bollywood", we hope those postcards include singing, exclusively.

[Thanks to Spin / Anastasia / Liz Phair for the details.]

10-01-12: LIZ REMINISCES ABOUT THE RAINBO CLUB
Liz, along with several others, remembers the Rainbo Club via Eater Chicago (which is doing a series about iconic Chicago bars). Here are some excerpts:

Liz Phair, Musician: "The only bad thing about the Rainbo was a flip side of the best thing: it was always the same crowd. So if you were feeling great that night and sociable, it was like drinking in your living room. But if you were in the dog house with anybody, say, for being loud and arrogant while intoxicated the night before, it was a real gauntlet. And on a cold winter's night, who could be bothered trudging any farther to reach a more anonymous establishment?"

"Basically, Matador (Records) hated the cover I'd originally sent and asked Nash Kato from Urge Overkill to stage an intervention. We had to turn it around immediately and he art directed a photo booth shot because it was what was available at that hour. Truthfully, we were just sitting there drinking with him bossing me around. Necessity is the mother of invention."

"Everybody making music in the area showed up there at least some of the time so it was a nexus of idea exchange: biz, art, gossip, what's new, etc."

"The members of Urge Overkill and Material Issue, Red Red Meat and Eleventh Dream Day, among others, were regulars. Sometimes Drag City Dan K and Dan O. Johnny, Jimmy and Janet were my favorite representatives behind the bar. They were all musicians as well. I loved how the Rainbo was musical in front of and behind the bar. You could always count on the bartenders to play killer music you may not have heard before. That was half of its appeal — the playlist."

"Saturday nights were when the neighborhood regulars left the Rainbo to the touristy suburbanites and headed deeper into the sketchy Western parts where car-jacking and real alcoholism lived."

Read the rest of the interview at Eater Chicago.

[Thanks to Patrick Sisson / Eater Chicago for the interview.]

For information on Dreamland, visit The Documentary Group and Visit California.

[Thanks to PBS for the details.]

08-10-12: JULIANA HATFIELD COVERS LIZ'S "FRIEND OF MINE"
Juliana Hatfield has covered Liz's "Friend Of Mine" for her eponymous covers album.

Liz: @julianahatfield "Friend of mine" that was profound hearing you hear me. Major solo, btw, too! Honored & moved. Congrats on release!

Juliana Hatfield: @PhizLair so glad you don't hate it! thanks!

[Thanks to Matthew Orbit / Liz Phair / Juliana Hatfield for the details.] 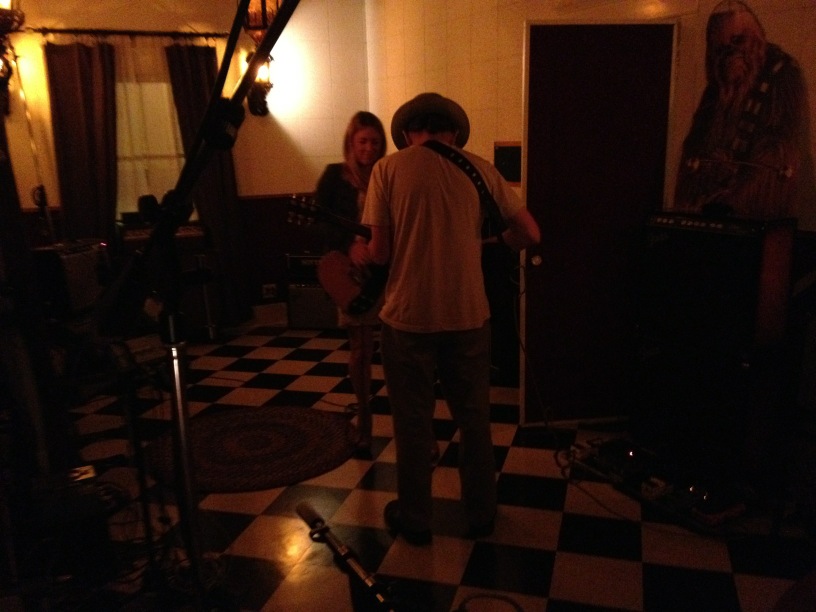 Liz: At Pax Am. Paul Cutler and I just fully fusion jammed with P Cutler. says, "this sounds like,"In A Silent Way"

Rumor has it that Ryan Adams is playing drums in all-star band session featuring guitarist Paul B. Cutler (of 45 Grave fame) and Liz. A 7" single is in the works from this project.

[Thanks to Ryan Adams and Liz Phair for the picture / info.] 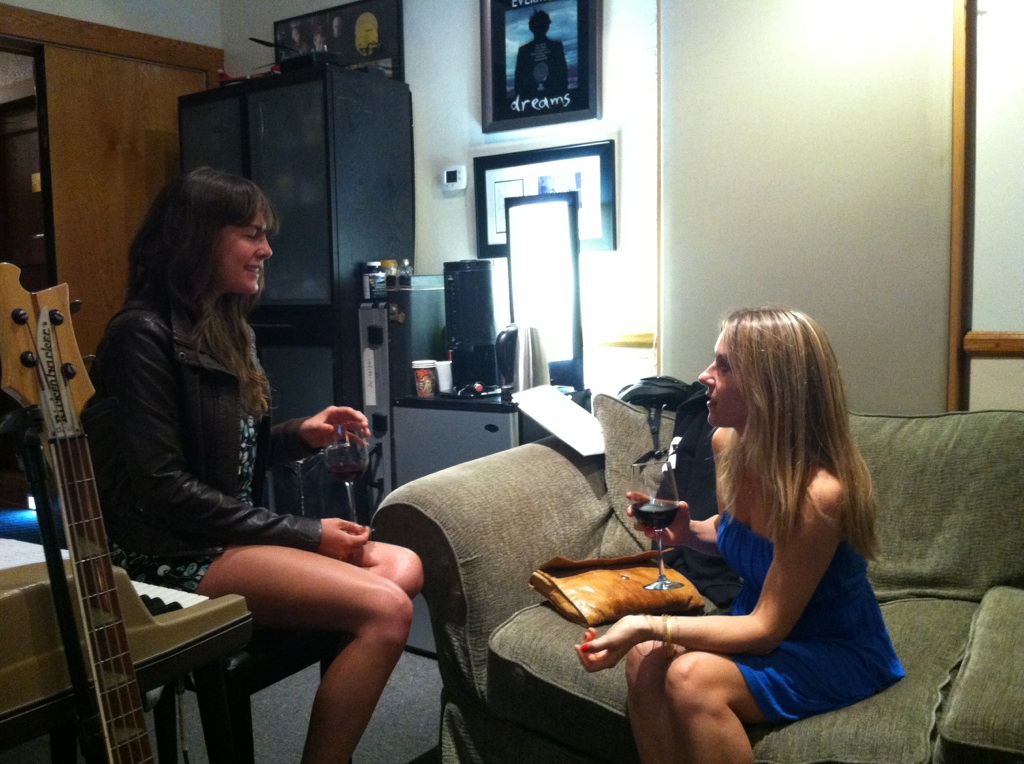 Liz: Me and Madi D shooting the shiznet at the Village 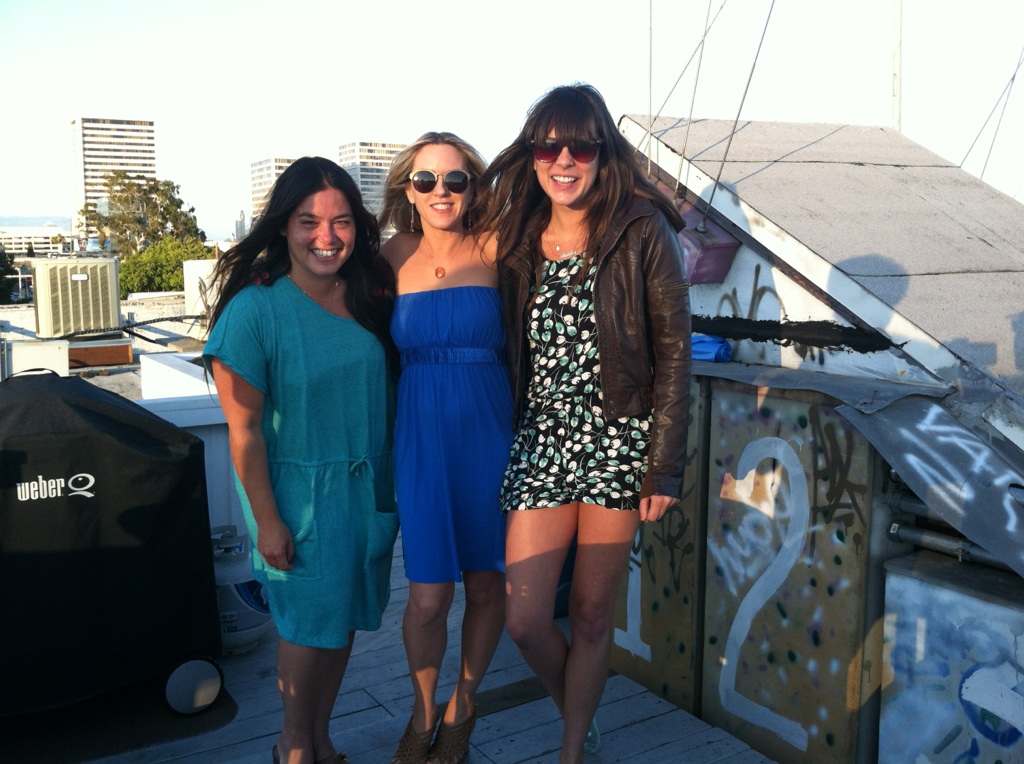 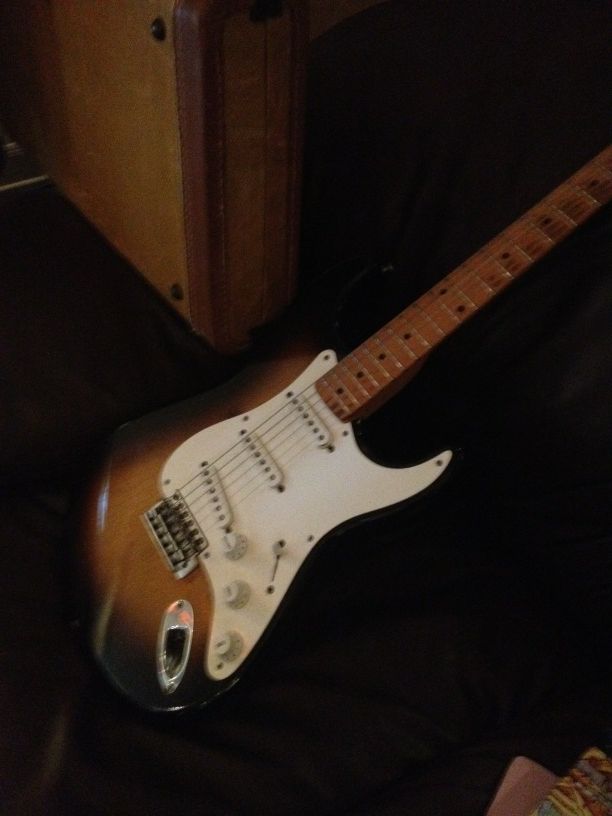 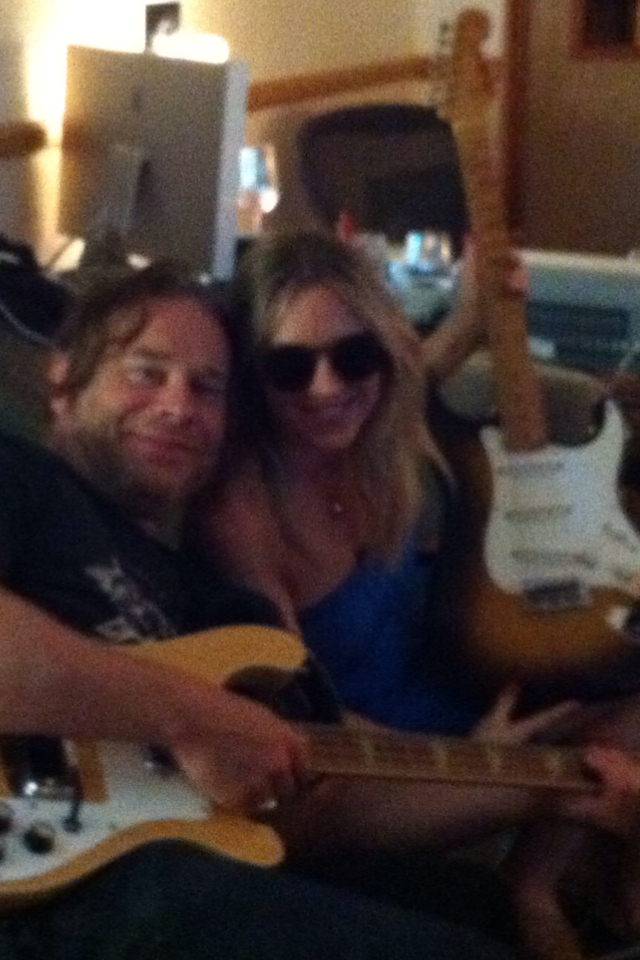 Liz: Best part - I didn't lend a 'vocal' I did an electric solo. #playah
Tom Freund: impromptu recording with a few of my heroines in music @PhizLair rocking electric with me here on @rachaelyamagata song

[Thanks to Liz Phair and Tom Freund for the pictures / info.]