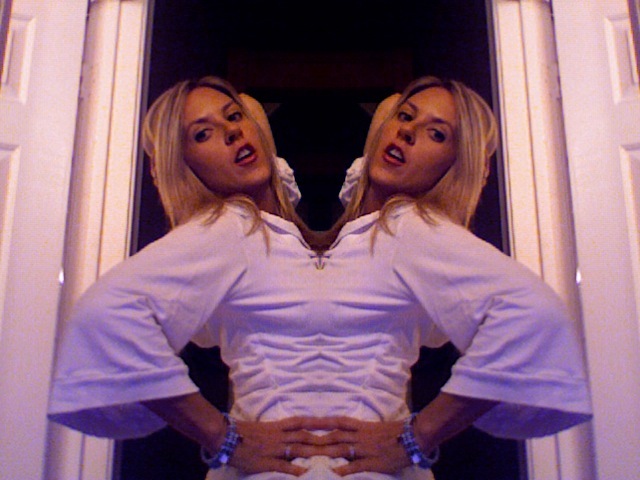 With the return to Standard Time, Liz Phair and I spent that hour exchanging emails. Here are the results.

Ken: Did you dress up for Halloween this year?

Liz: I considered my bewigged Nico performance in SF my Halloween (photo here). On the actual day I wore a sound sensitive LED t-shirt.

Ken: How did the "bootleg" recordings of the San Francisco show turn out?

Liz: The bootlegs seem to work well on YouTube, but I'm not getting the sparkly visuals I wanted for wider promotion.

Ken: Did you record any other shows?

Liz: I think the Matador gig was streamed... And the Velvet Underground was filmed by a pretty decent company. Seemed. We'll see. ;)

Ken: How was your experience with the Jazz Mafia performing "All Tomorrow's Parties" at The Velvet Underground & Nico covered by 11+ SF bands event?

Liz: See above. Plus I'm interested in seeing classical music make a break for the mainstream. You know all those philharmonic backings to contemporary music? Bright Eyes, can't think of others but know there have been... You know? I think that is something that could be a great collaboration: indie/orchestration.

Ken: How did the recording sessions with Joseph Arthur go, and how did that come about? ("Almost Blue" | "Midwest")

Liz: We're in one right now!!! We're adding to "Face in the Crowd". I did piano and lite vocal. Joe's doing another vocal right now. Madi Diaz just did vocal beauty too. ;)

Ken: Any thoughts / comments about The Body Rocks? Will you perform any of those songs on your East Coast leg of the Funstyle tour?

Liz: God it's killing me. Dying to rock the body!!! I love that record. I feel like with my dad's medical background it's a slam dunk. But I don't know where the market is...

Ken: How is the novel coming along?

Liz: Novel good. Getting edited by the editors at NYT is illuminating ;).