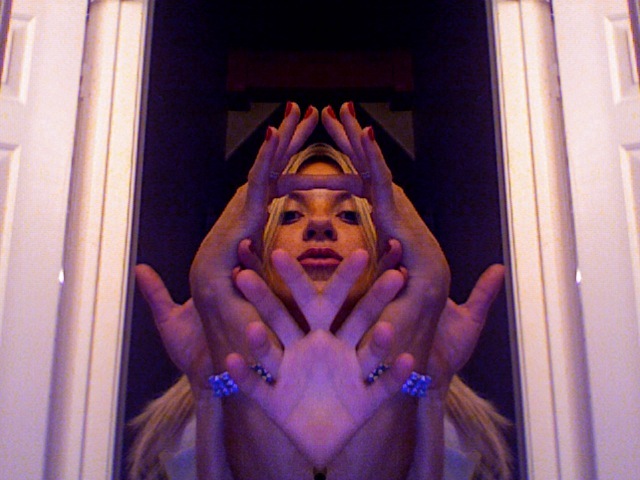 It's Cinco de Mayo. Good time to check in with Liz, don't you think?

Ken: How did you come to write "Cinco de Mayo"?

Liz: I wrote "Cinco de Mayo" back when I was living in Wicker Park in Chicago and though the memory is definitely vague, I think it had to do with the process of letting go of a relationship, but I don't remember with whom. Sometimes songs become an amalgam of several different experiences and "Cinco" may owe as much to my fantasy life as to reality. In a way, though, songs like that can last longer because they are more flexible and have to do with you as a writer, and your dreams and disappointments, more than any one situation. Kind of an all-encompassing tribute to getting back up after a fall, dusting yourself off and deciding to be grateful for what 'flow' and 'measure' you did find with someone, rather than wishing for what could never develop. Always a healthy attitude ;).

Ken: How is the television scoring gig?

Liz: I've been busy scoring season 4 of In Plain Sight (just airing) and beginning the first few episodes of Great State of Georgia -- really enjoying being back in the studio again.

Ken: Another musician, Kevin Daniel, saw you in the recording studio. I suppose you were there to do some television scoring, or were you working on material for the next album?

Liz: I have no idea who saw me in the studio or where, could have been WouldWork or the Village, but I am not yet producing new material for next disc. Wrapped up in score work and writing.

Ken: When can we expect your next set of concerts?

Liz: Going to play in the Dave Matthews Caravan on July 9th in Chicago!!!!!! Freaking out with excitement. Anybody who's a Chi-town fan, please come out and see!!!

Ken: How was your birthday? Did you follow the royal wedding? What have you been up to lately?

Liz: Had a great birthday month -- been partying in general -- and threw a 2am royal wedding tea and champagne feast for several girlfriends anglophilic enough to wake up that early. The night before, went with my godmother (who was with Ed's mom) to Ed Helms's Whiskey Sour Radio Hour / L.A. Bluegrass Situation at Largo. The music was incredible and the skits -- in particular, the Lampshades's rendition of a mash-up between "Mandy" and "Brandy", and surprise guest Will Ferrell as the un-juggler McKracken -- were hilarious. Been an outstanding month. Notable night: fundraising dinner for LACMA at Bobby Kotick's house. Jimmy Fallon sous-chefed for Mario Batali, and Mary J. Blige tore the curtains off the room with her performance. But, alas, it is May and time for all good worker bees to settle down and WORK. :) Hope you're doing well, xoxo Liz